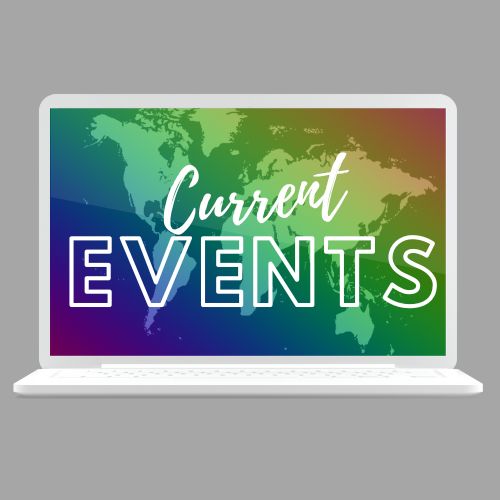 The News at a Glance

Earthquakes in Indonesia By Francesca DiGiovanni: In a mountainous region in Indonesia, an earthquake ranked at 5.6 devastated villages and killed around 268 people. Buildings were completely destroyed, hospitals overrun, and many family members were trapped in the villages affected. In Indonesia, earthquakes happen very often as it is located in the Ring of Fire where there are many volcanoes and fault lines. President Joko Widodo made an announcement saying how important it is to create buildings that will not be affected by earthquakes to prevent any more situations like this from occurring.

Migrant Workers’ Death While in Qatar By Halime Alshraideh: More than 400 migrant workers died in Qatar in the years leading up to the World Cup. The man in charge of the body responsible for organizing the tournament has said, reigniting a debate over the treatment of those who built over $200 billion worth of structures for the tournament. Human rights groups have estimated that thousands of migrant workers have died in Qatar in the last decade, many of whom may have worked on World Cup-related projects.

Volcanoes Erupt By Shannon Neurouter: Two neighboring volcanoes in Hawaii erupted simultaneously on Tuesday. Mauna Loa, the largest active volcano, erupted for the first time in 38 years. Kilauea has been erupting for over a year. On Tuesday, streams of lava were seen streaming down Mauna Loa. Tuesday was the first time since 1984 that Mauna Loa erupted.

Tornado Outbreak in Southern States By Kenny Welson:  In the southern part of the United States, a tornado outbreak happened on November 29, 2022. The tornados claimed the lives of two people due to the disastrous winds that destroyed many homes in their paths. After the events that unfolded, the South is having trouble due to the destruction the tornados caused.

Railroad Union Contract Talks By Kyle Battershill: The House of Representatives moved on November 30th to provide a stable contract between railroad unions and their employers. President Biden pressured the House, wishing to avoid a nation-wide strike that could cost billions of dollars. Unions, however, were enraged by the proposed contract, which lacked solutions to many of their problems: paid leave, medical support, and other workplace rights. Both parties, particularly progressives, wanted to help the railroad workers, but were also pressured by the government.

US HIV Initiative By Kiara Rodriguez: It was stated on Thursday, December 1, 2022, that the Biden administration will have a new strategy to end HIV/AIDS by 2030. US Secretary of State, Antony Biinken, stated that HIV remains a serious threat to Global and Economic Health. President Joe Biden requested $850 million for HIV prevention care.

Oath Keeper Found Guilty: During the January 6th hearings, a jury found the leader of the Oath Keepers guilty of sedition. A jury in federal court in Washington convicted Stewart Rhodes, the leader of the far-right militia, and one of his subordinates for a plot to keep the former president in power.

Black Friday Deals By Mia Medina: Retailers have been giving out a lot of early or even late Black Friday deals to people. There are so many astonishing sale prices, and people are curious why this is happening. This is because many big retailers, such as Best Buy, have been trying to get rid of a lot of inventory since they have too much or even out-of -season stuff. It also may be predicting that there might be an economic slowdown sometime soon, so retailers are trying to sell a lot before that. Retailers are also trying to get more customers to buy before and during the holiday season.

Host of Infowars Must Pay By Kiara Rodriguez and Ardi Memeti
Alex Jones, host of Info Wars, has been ordered to pay nearly $1 billion to the parents of the victims of the Sandy Hook shooting by Texas jury. Alex Jones was sued for saying the Sandy Hook incident was fake, and inferred that the parents and victims were crisis actors. Jones took this stance to push his agenda against the left side, now he is ordered to pay for his actions. The defamation lawsuit was filed by some of the families of the 26 victims. Alex Jones will seek a new trial after a Connecticut jury ordered he should pay 965 million in compensatory damages after his remarks about the Sandy hook shooting.

World Cup News By Jake Handschin and Kayla Oswald: The United States has defeated Iran in one of the most anticipated games of the 2022 World Cup in Qatar, advancing to the knockout stage of the tournament.  Christian Pulisic scored the United States men’s national team’s first and only goal of the match in the 38th minute. The US soccer team has turned quite a few heads so far at the World Cup. While not playing incredibly, they beat Iran and tied with England which is considerably better than the world thought they would perform on stage this year. Amidst national protests in Iran, Iran’s soccer team stood in solidarity not singing their national anthem during the game, and Iran’s government is furious. It is a possibility that the players are facing arrests coming back home. Iran has also tried to get the United States thrown out of the World Cup most recently for removing their center emblem on their flag symbolizing religious ties with the Islamic oriented government.

The Houston Astros News By Massimo Vivino: The Houston Astros signed 35 year old Jose Abreu for a three year contract worth roughly $60 million. The 3x all-star and former MVP will likely be filling the DH role for the Astros, replacing Trey Mancini whose contract has expired. Last season Abreu hit just 15 home runs and had an .824 OPS.

Local News
Wayne Without Recycling By Kyle Battershill
Wayne will  experience a period without recycling trucks in December. As Mayor Vergano attempts to negotiate an affordable contract with Gaeta, the garbage-collecting company, residents now have to worry about where to store their recycling. People may need to drive their own trash to the recycling center.

Children’s Library Finished By Mia Medina
The Wayne Public Library finished redoing their Children’s library. Just recently, it has reopened. One of the main people holding the scissors to reopen this library was Mayor Vergano. The space is so much larger than it last was, along with brighter. It has new colorful flooring, furniture, rugs, and lots of other things to just brighten up the space. Kids fanned out all over the room and began to explore. Many other people came to visit as well, including some authors from a series of different children’s books. Overall, people seemed to be pretty happy with the new look of the place.