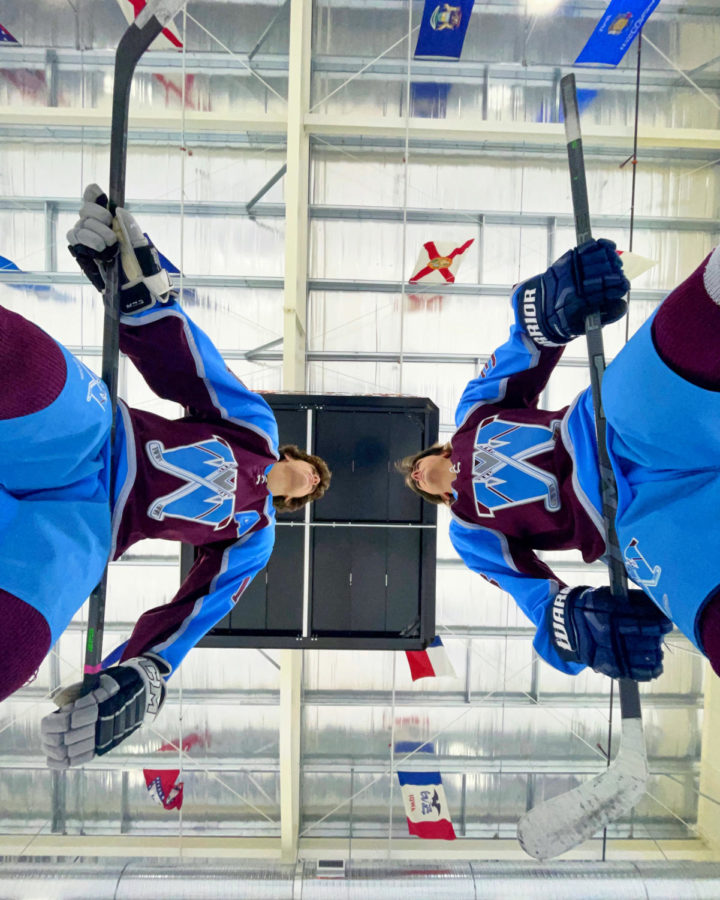 After a long-awaited rebranding, the former Wayne Knights are taking to the ice this season with a pristine new logo and colors that represent both Wayne high schools. When they became a combined team in 2017, they adopted a team name that wouldn’t favor one school over the other. The Wayne Knights made their debut five years ago, but this season, it was time for a change.

Mr. Thomas Maher, an Anthony Wayne Middle School art teacher, created the logo that was soon stitched onto each jersey. Accompanying the redesign, the ice hockey team is playing under a new name—Wayne Ice Hockey. The jerseys were inspired by the 2021-22 Colorado Avalanche who raised the Stanley Cup just last June. Similar to our high school colors, their uniforms incorporate maroon and light blue to create a sharp, contrasting look.

Head Coach, Justin Liscio remarks, “Our players grew up playing on youth teams with each other, so bringing them together wasn’t difficult. They are an extremely close knit-group who want to help one another succeed.” The uniforms possess a Wayne Hills patch on one shoulder and a Wayne Valley patch on the other to further unite each school. The coaches have introduced a new culture for the team this year. “It doesn’t matter whether you are a player from Hills or Valley,” Liscio comments, “We all play for Wayne.”

Although there will not be a rivalry game this year, it’s even better to see both schools coming to support the same team.