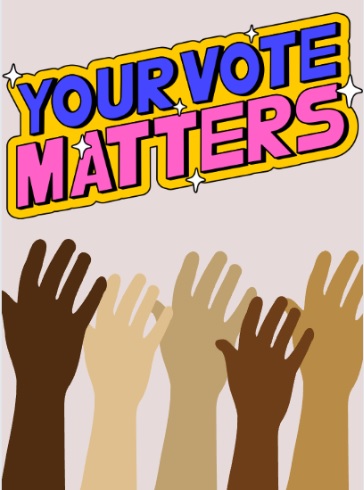 The midterm elections happened on November 8, 2022. There were many noteworthy races, results, and even some undecided races. The Journalism class of Wayne Valley compiled some of those important elections to keep you updated on what’s happening in our country.

Local and State Election News
By: Mia Medina, Francesca DiGiovanni, and Kyle Battershill
On November 8th, Wayne Board of Education candidates Barbara Rigoglioso, Ryan Battershill, and Matthew Giordano were elected after many months of hard work. Rigoglioso and Battershill supported each other on their “Children’s First” campaign; they went to Wayne Day, served restaurants, and rode a convoy through town. The two were easily 2,000 votes ahead of fourth place. Giordano similarly put in a lot of effort, running for three years in a row and winning twice. He gained 5,631 votes.

Democrat Mikie Sherrill was recently re-elected to serve her third term in Congress representing New Jersey eleventh district including Wayne, NJ. She defeated Republican Paul DeGroot, a former Passaic County Assistant Prosecutor by about 17%. The Navy veteran focused on protecting abortion rights in her campaign, earning her a lot of votes among the people of New Jersey.

N.J. Democrat Andy Kim recently got re-elected to Congress. The battle for the spot was hard, the race tightening within the closing days of the midterm elections against Republican Bob Healy Jr. Healy made a bunch of accusations against Kim as well, claiming that Kim was anti-police for backing legislation that had responded to the killing of George Floyd. Healy threw out a bunch of other accusations as well, some being true while others may not have been.

National Election News
Democrats just managed to keep their control of the Senate after a victory in Nevada over the weekend. During this election cycle, Democrats were defending their narrow majorities in both Congress and the Senate with 35 of 100 seats in the Senate on the ballot. While Democrats maintain their majority in the Senate, control of the House is still undecided as of November 13th.

Gen Z Votes – By Kylo Molnoskey
Democrats would have lost the Senate and other races if it weren’t for young voters. They’ve surprised a lot of people by voting more in this election than young voters in the past. Voters under the age of 30 made up 12% of all voters. President Biden was very eager to praise young voters for lifting the Democratic party to surpass the Republicans.

Georgia Run Off – By Ardi Memeti
Democrat Senator Raphael Warnock and Republican challenger Herschel Walker are headed towards a December 6th runoff election. Both parties have asked all voters to show up and vote in such a close election. After all the votes counted so far, Warnock is leading by 35,000 votes. But due to a new Georgia law, the winner must count at least 50% of the voters. But since Warnock has not gained 50%, a faceoff occurs. A faceoff is where there is a final stretch of votes casted for the some non voters that are left. As a tight election is occurring, both parties are asking for the non supporters to change their minds and vote.

Arizona Officially Names Their Governor – By Halime Alshraideh and Kayla Oswald
Democrat Katie Hobbs officially won the Arizona gubernatorial race as of November 15th. Hobbs, who is Arizona’s Secretary of State, defeated Republican nominee Kari Lake, a former television news anchor who became a leading denier of the legitimacy of the outcome of the 2020 presidential election. Hobbs won with an overall amount of 1,267,241 amount votes, and Republican Kari Lake had a total of 1,247,859 votes. Due to the small spread between the votes, this election was watched closely throughout the country. As Arizona’s 24th governor, Hobbs will be the fifth female to hold the top elected office, more than in any other state. Hobbs issued a statement: “This was not just about an election — it was about moving this state forward and facing the challenges of our generation… Let’s get to work.”

Arizona’s Close Senate Race – By Kenny Welson
Another close race included Mark Kelly for Senate as a Democratic party supporter. He won in Arizona due to his 51.6% of voters. During which the Democrats managed to win a seat in the Senate from the Republicans.

The Youngest Member of Congress – By Kiara Rodriguez
Maxwell Frost, 25 years old, is the first Gen Z to be a member of the Congress. In the state of Florida, Frost ran against Republican Calvin Wimbish, a retired Army Green Beret and conservative activist. Frost had centered his campaign around the importance of acknowledging of gun-violence, climate change, protecting abortion rights and supporting medicine for everyone. Frost may be the youngest amongst his peers in the Congress but that does not stop his campaign on making a change in today’s society.

The Oldest Senator – By Shannon Neurouter
89 year old Chuck Grassley won his eighth term to the U.S. Senate. The Iowa Senator won 56% of the vote during the 2022 election, and has been named the highest-ranking military officer elected to the senate. By the end of Grassley’s expiring term he will be four months shy of 95 and would be among the oldest sitting senators in the chamber’s history.

Kentucky Senate Race – By Saleh Saadah
In Kentucky, incumbent senator Rand Paul won his third term, beating out Democrat Charles Booker. Paul has gained a national voice in promoting limited government and restraint in U.S. foreign policy since his first term. While Booker’s run was noteworthy because he was the first Black Kentuckian to run as the state’s Democratic nominee for the Senate, it was not enough to beat Paul.

Update: Former President Announces Presidential Run
At his Mar-a-Lago club and home in Palm Beach, Florida, Donald Trump said, “I am announcing my candidacy for president of the United States.” The 76 year old made this announcement and official filing just after the 2022 midterm elections. This announcement sets up a possible rerun against President Joe Biden, 80, who says he intends to run for reelection in 2024.