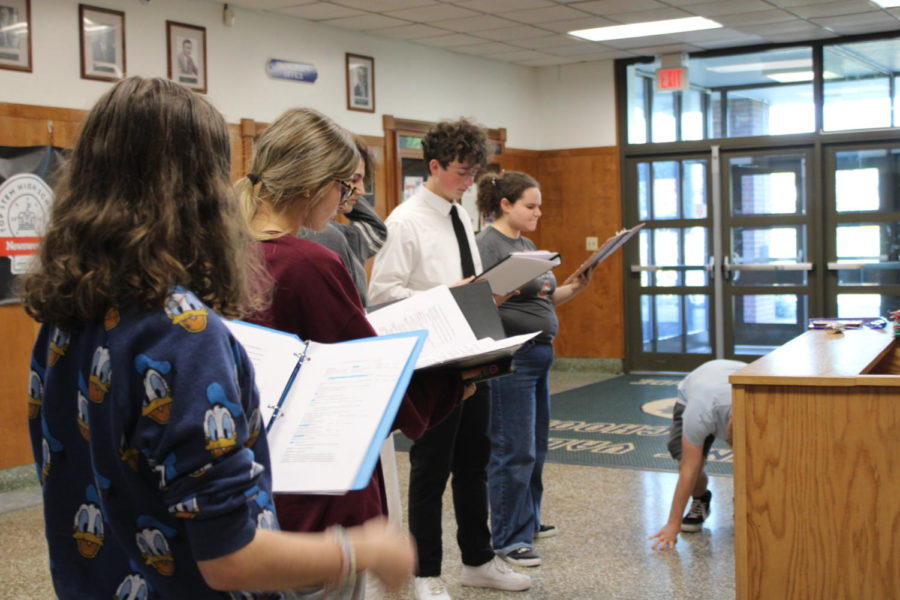 Coming this November is our school’s annual winter play! This year’s production is Clue On Stage—a play based on the cult-classic film and board game Clue. The play follows a whimsical murder mystery of 6 dinner guests in a mansion—but what they will soon find is that one of them is a murderer. They must survive the dinner and try to find the killer without becoming another one of their victims.

Our Clue On Stage cast is full of bright young actors and actresses: Craig Legras as Wadsworth, Cheryl Lancellotti as Miss Scarlet, Gloria Cooper as Mrs. Peacock, Hailey Jensen as Mrs. White, Kevin Zour as Colonel Mustard, Leon Dix as Professor Plum, Ilana Leshowitz as Mrs. Green, and many more. Supporting their friends backstage are our talented crew members, whose hard work is what makes this production possible. Led by stage manager Matthew Califf, the crew’s core members include head painter Sam Filloramo, prop master Patrick Siso, lighting tech Damian Grove, and sound tech Tyler Westerberg. These students have all worked incredibly hard to create a production for everyone to watch. The play’s showtimes are November 3-5th at 7:30 PM. We hope you’ll join the Wayne Valley Theater Club in uncovering the secrets of Clue on Stage!