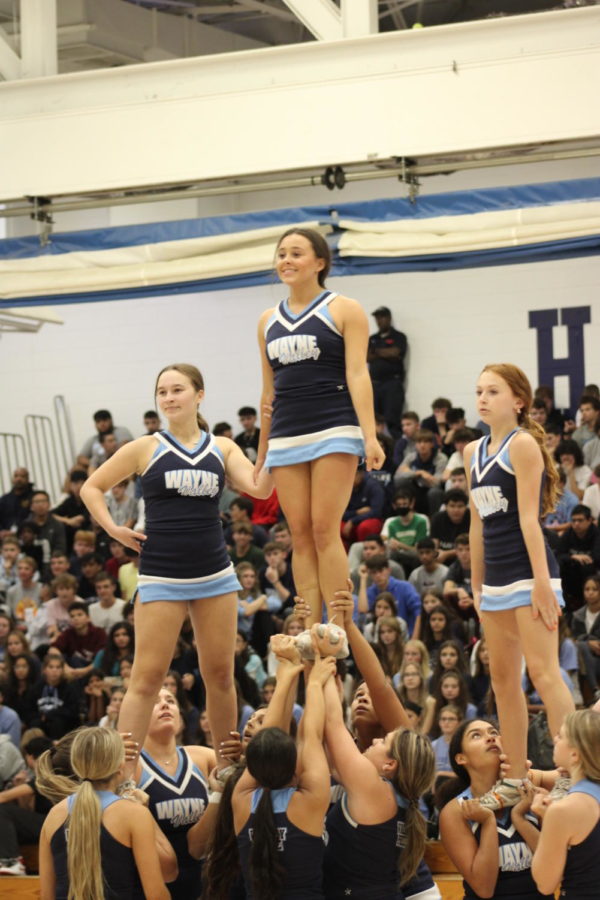 For many high schools across the country, pep rallies are an event to look forward to every year. In a grand, exciting show of school spirit, students play games and cheer on their school’s athletes. This year, the student council planned Wayne Valley’s first pep rally since before the pandemic, and it took place in the gym during last period on Friday, October 7. Seniors Jada Devine and Matt Saeger were the MCs of the event, managing to offer comedic commentary and keep the crowd cheering loudly during each activity.

Once all students settled in the gym, Jada and Matt called down fall sports teams, one by one. The varsity players of each sport ran down to the gym, with one of the captains making an announcement to the whole school—usually telling students to come and watch their next game or meet. October 7 was the perfect day for this, since it was the day before many first rounds of the Passaic County Tournament and the day of the football game against Passaic Valley.

The first game was a round of musical chairs. The four generals of Dub V, Valley’s student section, participated alongside several students selected from the crowd. Sophomore Luke Mazzei, who was one of the last people standing, says “if [the cross country team] wasn’t cheering the way they did, I wouldn’t have been as motivated for musical chairs,” showing how the pep rally was a way to increase school spirit. In the end, senior football player Cole Wolford won.