Strengths and Flaws of the U.S Education System 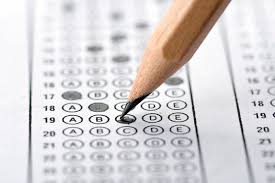 Flawed but impressive, the American education system has its share of strengths and weaknesses. It has assisted the creation of some of the brightest minds of our age, but also hindered the success of some students. The procedures employed in the school system have also both aided and impeded the people who are a part of it.

At the moment, the weaknesses of the American education system are widespread. For starters, the system has a glaring lack of compassion for neurodivergent learners, and forces one method of learning upon an incredibly diverse community of students. Although some might argue this allows for equality between students, this one-size-fits-all approach hinders the learning of people who do not fit in this predetermined box. It does not recognize or provide for the wide spectrum of learners that exist in the world. In the same vein, the education system places an excessively high value on standardized tests. Both schools and teachers are judged based on test results, but this is not an accurate representation of what actually occurs in the classroom and what students are learning. It is no secret that tests are stressful experiences, and for some students, this stress inhibits their ability to perform well. Students who engage in productive discussions in class, receive high grades on homework assignments, and try their best to understand their lessons might simultaneously have crippling anxiety during testing. Anyone who observes these students’ great work in the classroom can vouch for their scholarship, but a test score cannot.

Additionally, decreased funding in schools has led to less teachers, resources, and programs. During the 2008 recession, many states lowered school funding. The U.S. Census Bureau’s most current information says that in 2015, 29 states still set aside less funding for schools than they did before the recession. Reforms that are known to boost student learning are unable to be implemented without the proper funds. Improvements in teacher quality, the minimization of class sizes, and the lengthening of learning time are all unattainable or nearly so without funding. What’s even more troubling is that the number of public school teachers has decreased by 135,000 since 2008, while the amount of students has gone up by 1,419,000. If states do not fund schools appropriately, they are jeopardizing America’s future generations.

The weaknesses of the American education system cannot be discussed without the mention of the recent increase in school violence. The phrase ‘school shooting’ has become an everyday term, and this does not bode well for the future of American schools. In a poll by Pew Research Center, 57% of students aged 13-17 said they worried about the possibility of a shooting happening at their school. Gun violence and gun regulations have been political hotbeds for years, but American schools still lack the safety measures to keep their students secure.

However, this is not to say that the American school system is without strengths. For example, there is a remarkable diversity in multiple areas, such as the availability of public schooling. Anyone who lives in the United States can send their children to school; in fact, they are required by law to. This enables a wide variety of people from different backgrounds to get an education. Another area that the school system boasts diversity in is the availability of different studying paths. A plethora of different programs and topics of study are offered to students of all ages, and especially for post-secondary students. Any college or university student can choose from many different majors and minors. The school system’s flexibility also allows them to switch their major or minor whenever they like. What’s more, post-secondary education permits students to take courses not directly related to their major or career path. In contrast, many European countries push students to choose one topic with a predetermined curriculum, with no freedom in the courses that are in that curriculum.

Another credit to the American education system is its emphasis on the importance of being a well-rounded student. Schools encourage students to participate in clubs, sports, and other extracurricular activities in order to broaden their experiences. This allows students who do not perform their best inside of a classroom to prove themselves in other ways, and lovingly forces people to have positive experiences that will likely help them later in life.

By the same token, post-secondary education students often receive opportunities to meet and interact with established people in their field of choice. Visiting lecturers give students the option to communicate with them after the lecture, and use this as a networking opportunity. Also, classes are frequently organized in an open-discussion format. Students are expected and encouraged to share their thoughts and opinions with the class and the professor or teacher. This opens up a doorway leading to lasting connections between students and their teachers.

Ultimately, the American education system certainly has its issues. Funding, the one-size-fits-all approach, and concerns with school safety all are troubling topics at the moment. However, the system does have many positive attributes. It boasts a diverse community of students as well as a variety of different study paths, a productive emphasis on being a well-rounded student, and the many opportunities to make lasting connections with teachers and professors.