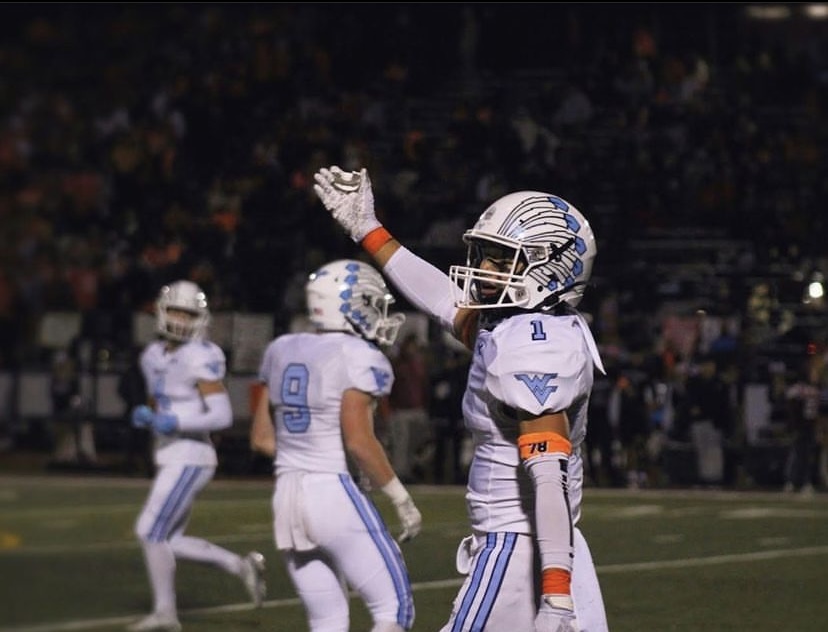 Hills week is the most talked about topic of the school year. Multiple Wayne Valley sports teams have already beaten our cross-town rivals and are eager to keep the streak alive. The big game to determine the superior football program occurred on Friday night and it could not seem to come fast enough; everyone was on edge.

Beginning on September 19, Girls Varsity Volleyball started us off with a 2-0 win at Wayne Hills. The game leaders included senior captain Isabelle Borowinski with 11 kills, and junior Olivia Isaacson with 12 assists. Totaling 9 aces, the girls dominated in serves and reached 25 points in two sets, avoiding a third.

Both girls and boys soccer successfully continued our series of wins, each with a one-goal advantage over the maroon and white. Senior defender Madeline Testa assisted the pair of Wayne Valley goals on that clear September night. Megan Jozak and Danielle Joyner each finished a play by securing the ball in the back of the net to result in a 2-1 victory. Super-star goalie Brianna Starling had a total of 9 saves and played a major role in helping the team prevail. Later that same evening, boys soccer prevented their opponents from making any offensive shots on goal. Senior Ferid Zaku assisted senior Logan Parzecki to obtain the only goal of the match resulting in a nail-biting 1-0 triumph.

Hyped up on adrenaline, the football team traveled to Wayne Hills in search of their fifth straight win. Before the first play began, however, all of Wayne came together to honor our late friend, Rocco Sivolella. Regardless of rivalry, orange was the theme that night, and the motto “One Town, One Heart” was given even greater meaning. All proceeds made from selling the shirts funded The Rocco Sivolella Memorial Scholarship.

The final score of 37-7 sent the Wayne Hills student section home early. The “Riot” was too stunned to chant for the home team after Cole Wolford pounced on a loose ball in the Valley defensive zone, fumbled by Hills quarterback Tyler Demikoff. Quarterback Adam Okun earned Valley a touchdown in the first quarter from a 15-yard pass made by Alex Sheuplein, followed up by an extra point kick at the end of the 98-yard drive. Sheuplein later went on to make two more touchdowns and kicks in the second quarter, putting Valley up 21-0 by halftime. A touchdown by Danny Smith, followed with a kick by Sheuplein, and a safety gave Valley an even greater lead in the third quarter. Joe Costa and Ryan Schmitz combined to give the Indians their grand total of 37 points in the final quarter. Wayne Hills managed to get a singular touchdown and a good kick in the fourth but it was not enough to catch up to our boys in white.

To finish off our successful run, Wayne Valley Field Hockey won 2-1 and loaded the bus home in a lively manner. With a total of 10 shots on goal, captain Daniella Indomenico scored the only Valley point in regulation, assisted by captain Angelina Pietropaolo. Also assisted by Pietropaolo, senior Julia Paluch scored the second goal during a fifteen minute sudden-victory overtime.